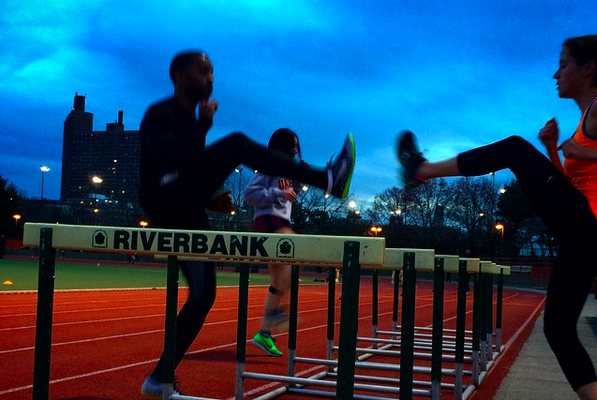 What started with heartbreak in 2013, lead a running culture in an area that had little running presence. Hector Espinal started We Run Uptown simply by beginning his own journey. He ran the George Washington Bridge every Monday. Hector promoted his struggle and story to be healthier by uploading pictures online and using the hashtag, “#weRunUptown.” This simple promotion promoted more people to join Hector, but to also have their own journey. Danny, one of the crew’s former coaches, connected Josh with Hector. Hector knew he needed people to help lead his dream of a healthier Uptown. After a couple of runs with Josh, they decided to make it official.

After the first year of running as a crew, they had 3 runners representing the crew in the TCS New York City Marathon. In 2015, they’ve had over 6 runners competing between the Bank of America Chicago Marathon and the TCS New York City Marathon. Fast-forward three years later, We Run Uptown “Owns Monday Nights.” They have never missed a Monday night since the start, and the number of runners who join them, climb every week. We Run Uptown has also grown from Monday nights to add numerous training days, such as Track nights and Saturday Runs, to focus on better running. No matter the weather, there are always miles to be run, and always a group ready to run them. All paces of running are welcomed. They encourage new runners to join, knowing that regardless of the experience, we all had a struggle.

Did you find apk for android? You can find new Free Android Games and apps.

Find my RSVP for Event Name

We have email-ed you a confirmation to

Change my RSVP
{"codes":{"err":"Required fields missing","err2":"Invalid email address","err3":"Please select RSVP option","err4":"Could not update RSVP, please contact us.","err5":"Could not find RSVP, please try again.","err6":"Invalid Validation code.","err7":"Could not create a RSVP please try later.","err8":"You can only RSVP once for this event.","succ":"Thank you for submitting your rsvp","succ_n":"Sorry to hear you are not going to make it to our event.","succ_m":"Thank you for updating your rsvp","succ_c":"Great! we found your RSVP!"}}